The NAPSG Foundation is governed by a Board of Directors. The Board meets in person approximately twice per year and meets virtually once per fiscal quarter. The Board is responsible for making important decisions about the operations and strategic direction of the Foundation.

Executive Board of Directors

The Executive Board is composed of the primary officers responsible for providing oversight and high-level leadership in all aspects of the organization. 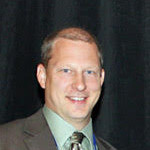 Chris Diller is the GIS Administrator for the Wisconsin Department of Military Affairs, home to the Wisconsin National Guard, Wisconsin Emergency Management, and the Office of Emergency Communication. Chris has been with the department since December of 2002 and oversees all geospatial activities including support for the State Emergency Operation Center and the Wisconsin National Guard Joint Operation Center. He also advises the agency on policy matters related to GIS, including the planning for and implementation of the Next Generation 9-1-1 system in Wisconsin. Lastly, Chris is also the server and storage manager for the department and is actively engaged in the department’s cyber defense posture.

Chris has been an active participant in Wisconsin geospatial activities for over 20 years. He graduated from the University of Wisconsin – LaCrosse with a Bachelor of Science degree in Geography in 1995 and aside from a 3-year stint in the private sector, he has worked for the State of Wisconsin for the better part of his career. Part of his job is to actively engage and coordinate with federal, state, local, and tribal governments as well as with private and non-profit organizations such as the NAPSG Foundation. In Wisconsin, he works closely with our State Agency GIS Coordination Team as well as the Office of the GIO on important issues specific to state agency needs. In addition to being on the NAPSG Board of Directors, Chris also is past President of the National States Geographic Information Council (NSGIC). 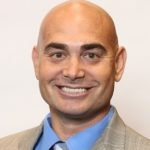 Prior to serving as the Program Manager for the Security and Resilience Branch at the California Public Utilities Commission (CPUC), Dan was the Assistant Director at the California Governor’s Office of Emergency Services. As the Assistant Director, he led statewide response efforts through some of California’s most significant disaster events. Dan has spent more than 2 decades in the US Army, Army Reserve, and National Guard where he was promoted from the rank of Private to Colonel.

Dan has completed postgraduate and professional certification work at various institutions, including the United States Army War College, the FEMA Executive Academy, the Harvard Kennedy School of Government, and the NATO School at Oberammergau. He holds a Master’s degree from both the University of California, Davis and the Naval Post Graduate School, as well as a Ph.D. in Industrial/Organizational Psychology from Walden University. 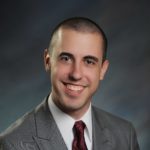 Justin joined the City of Somerville, MA, in November 2021 as their Director of Emergency Management. In his role, Justin is charged with establishing Somerville’s inaugural comprehensive emergency management program, the consolidation of their citywide 911 and dispatch operations, and the construction of a state-of-the-art emergency communications and emergency operations center.

Prior to joining the Somerville Mayor’s Office, Justin served over ten years as Director of Emergency Management in two Mayoral senior leadership teams at the City of Nashua, NH. He led the strategic shift of Nashua’s emergency management program from a formerly response-oriented collateral function in the Fire Department to a consolidated and highly-skilled team excelling in hazard mitigation, recovery planning, and community risk management. While in Nashua, Justin was responsible for coordinating the response and recovery of Presidentially Declared Disasters Tropical Storm Irene, the “Snowtober” Nor’easter, Superstorm Sandy, Winter Storm “Nemo,” Winter Storm “Juno,” and Pandemic COVID-19. Before his time in Nashua, he served five years as a homeland security consultant for the State of Delaware, managing a range of initiatives from emergency communications infrastructure projects to citizen preparedness education programs. 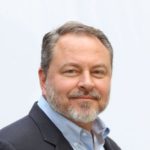 Jim is the President of the National Police Foundation, an independent nonprofit organization working in the United States and abroad to advance the profession of policing through science and innovation. Prior to joining the National Police Foundation in early 2015, Jim served for more than 20 years at the U.S. Department of Justice, where he worked with state and local law enforcement and criminal justice agencies to prevent and reduce crime. Ultimately, he was appointed to various senior executive and leadership positions in DOJ, including Acting Director of the Bureau of Justice Assistance (2009-2011), Deputy Assistant Attorney General (2011-2014) of the Office of Justice Programs (OJP), and Acting Assistant Director at the Bureau of Alcohol, Tobacco, Firearms and Explosives (ATF) (2014-2015). Before joining DOJ in 1994, Jim worked in the private sector as well as in local justice agencies. Jim also serves as Adjunct Faculty at George Mason University and is a Senior Fellow in George Mason’s Center for Evidence-Based Crime Policy.

Jim has received numerous awards and recognition throughout his career, has been nominated to lead cross-agency federal initiatives, and served as a member of the FBI’s National Academy Advisory Board before leaving federal service in 2015.  Jim is an accomplished speaker, has conducted local and national training, served as a national media commentator, guest lectured at the FBI National Academy and in academic settings, and has authored publications and articles on various criminal justice topics. Jim has a Master of Science Degree in Administration from Central Michigan –University and a Bachelor of Arts Degree in Criminal Justice from the University of Maryland at College Park. 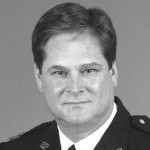 Clark retired as the Chief of Staff and second-in-command of the Seattle Police Department in Washington state in June 2014 after 31 years of service. As Assistant Chief-Chief of Staff, Chief Kimerer oversaw all administrative functions of the department, including the 911 Communications Center, Training, Finance/Budget, Human Resources, and Information Technology. From 1998 to 2007, he held the concurrent assignment of Director of the City of Seattle Emergency Operations Center. Chief Kimerer was extensively involved in the creation of the Seattle GIS – Common Operational Picture system. He was planning commander and Seattle point-of-contact for the DHS National TOPOFF 2 exercise, and a subject matter expert and mentor for TOPOFF 3. He serves as an instructor and subject matter expert at various universities and professional institutions in the United States and Great Britain, and he is currently director and facilitator for the Naval Postgraduate School’s Urban Area Mobile Education Team (MET) Executive Education Program in Monterey, CA.

Chief Kimerer holds a bachelor’s degree in classics and liberal arts from St. John’s College in Annapolis, Maryland, and has completed postgraduate and professional certification work at various institutions, including the Harvard Negotiation Program at Harvard Law School. He is also a graduate of the National Executive Institute and served as a syndicate director for the Leadership in Counter-Terrorism (LInCT) program, conducted in Sydney, Australia, and Honolulu, Hawaii. Upon retirement, Chief Kimerer was inducted into the Center for Evidence-Based Crime Policy Hall of Fame at George Mason University. 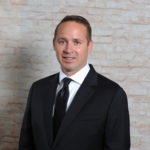 Lucas McDonald is the Director of Emergency Operations for Walmart Inc. Lucas and the Emergency Operations team respond to small and large-scale emergencies for the company. In Lucas’ 14-year tenure, he has facilitated and led the company’s response to dozens of full EOC activations, including the 2017 Hurricane Season and the COVID-19 Response. Additionally, Lucas has strategic oversight of Walmart’s 24/7, 365 days a year Watch Command, which facilitates an average of 250 incidents a day.

Lucas is a member of the American Meteorological Society’s Emergency Management Committee, a volunteer with the American Red Cross’ Missouri/Arkansas Region, and was part of the inaugural cohort for the Center for Homeland Defense and Security’s Emergence Program. 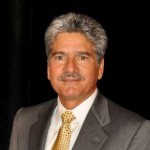 Rand Napoli is the former Director of the Florida State Fire Marshal’s Office. He has over 49 years of operational command and administrative experience in fire protection, emergency medical services, hazardous materials response, domestic security, arson investigations, and emergency management. Before he served as State Fire Marshal, Rand was a member of the Jacksonville, Florida Fire and Rescue Department, where he retired after 25 years and served as Interim Fire Chief, Chief of Operations, and Chief of Training and Safety.

Rand is a co-author of the Florida Statewide Fire-Rescue Emergency Response Plan and was Florida’s Emergency Coordinating Officer for fire and search & rescue disaster response for over 10 years. Rand has served as a Governor’s appointee on the Florida State Emergency Response Commission for Hazardous Materials, as a member of Florida’s Domestic Security Oversight Board, and on the Florida Violent Crime and Drug Control Commission. Rand was assigned command of Florida’s initial emergency response in support of the State of Mississippi following Hurricane Katrina. This response numbered over 6,000 Florida professionals over the duration of the mission. 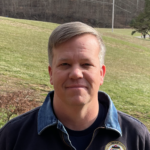 Joseph Taylor is currently a Senior Manager of Hazardous Materials for CSX Transportation. Joe has been with CSX Transportation since 2015 and in the railroad industry since 2013. With more than 25 years of experience in emergency response, Joe has served with local, state, federal entities and private industry in numerous technical and leadership roles.

Joe serves on the Association of American Railroad Hazardous Materials Committee, the National TRANSCAER Task Group, and is an active member of numerous industry and trade organizations that provide guidance and education to the hazardous materials planning and response communities. Joe is a decorated veteran of the United States Marine Corps and United States Army, a graduate of the University of Richmond, and a very proud father to four children. 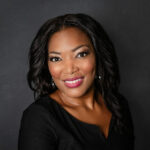 Chauncia Willis is the Co-Founder and CEO of the Institute for Diversity and Inclusion in Emergency Management (I-DIEM) and owner of the Savvy Dimension, LLC. Chauncia is certified as an Emergency Manager, Professional Coach, and Cultural Diversity Professional with over 23 years of experience in Emergency Management. Her expertise includes disaster management, national security event planning, leadership coaching, immigrant and refugee outreach, as well as diversity, equity, and inclusion in disaster course instruction. Prior to co-founding I-DIEM, Chauncia served as the Emergency Manager in Tampa, Florida for 14 years where she developed a successful program and implemented community projects benefiting marginalized groups. She has led national emergency planning efforts for political conventions, national football league games, and international award shows. In her role as CEO of I-DIEM, she leads the effort to integrate equity into all facets of disaster policy, programs, and practice with the goal of increasing cultural competence and mitigating the harmful impacts of bias on underserved groups.

"When public safety gave up the horse-drawn steamer engines and began using motorized apparatus, they took a major leap in improving the delivery of community safety. The fire service is in position for another major leap by using GIS to improve our operations. The use of GIS has the potential to be as dramatic a change as the adoption of motorized vehicles a century ago."